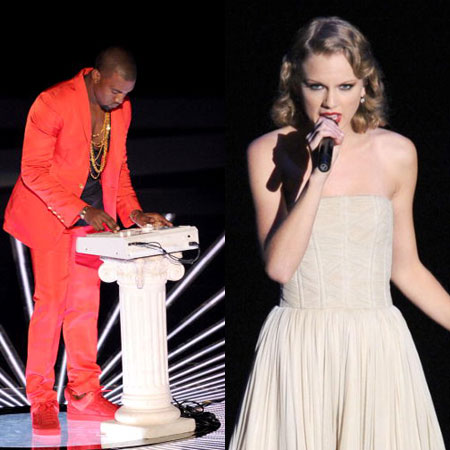 “but tonight you’ll live it all again…”

A two parter, and I know this is old, but after listening again to both Taylor Swift and Kanye’s live performances  at the MTV awards, I want to say how f’in brilliant this spectacle was. I don’t know if they’re on the same label or not, or if Kanye knew her song was going to be about him? I hope he didn’t. Listening to the lyrics of  Innocent right after reading Kanye’s twitter stream apology a couple days prior plays like a modern music version of a Shakespearean play. The PR flacks who threw this one together deserve maximum credit for getting every last cent out of the Kanye/ Taylor Swift fiasco.

Listen to the best part of Taylor Swift’s song Innocent where she forgives Kanye, I love it.

And then Kanye to close out the show, with the weight of the night on his shoulders, blows the roof off with his MPC.

Listen to the best part of Kanye’s song Runaway with Pusha  T. where he makes a toast to scumbags and asks you to Runaway. Damn!