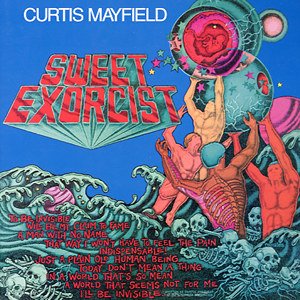 When I first started buying old records, Curtis M was one who I would always look out for. All of these albums from the early 70’s (Sweet Exorcist, Supafly, Curtis, Back to the World) you can play the whole way through. This jam is kind of a slow one, but it stands out for me because of the ending. Remember that part in the Unkle video for Rabbit in your Headlights where the guy finds his strength and the car demolishes itself on HIM..I think this part of the song is like that. There’s like a little delay after “..upset”, and Curtis is reborn, choice made.  Invisible. It  sounds futuristic, and perfectly out of place.

From Sweet Exorcist, released through Curtom Records in 1974.