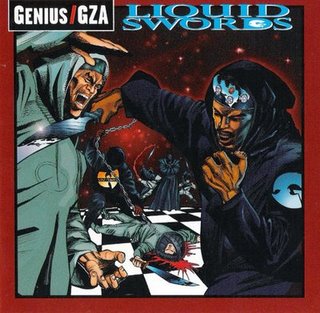 Emailed in by Greg Shortall, Thanks Shortz!

The first time I heard this song was in a Chinese restaurant – a total shit hole on Queen St West – whose owners would serve us all of us underage kids from the burbs ‘cold tea’ (which was actually piss warm) and we’d get drunk and go down to the basement and freestyle and act tough. The jukebox had only one non-Chinese album, Liquid Swords by GZA, and we would listen to this song over and over again until someone started a fight or threw up in the basement. I always liked this bit the best even if RZA sounds like he’s got marbles in his mouth.