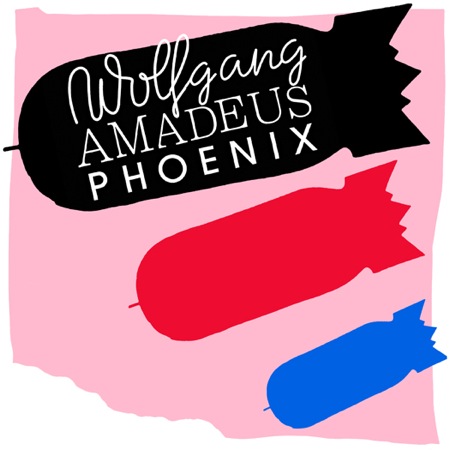 This album actually isn’t out yet, but it’ s getting a lot of airplay at my house thanks to the label advance. Just reading about it on Wikipedia too, and it turns out Philippe Zdar is all over this project. He’s 1/2 of Cassius, so no wonder this record has a big French house feel.

So many good tracks to choose from on this (1901, Lasso, Girlfriend) but Love Like is perfect for Best Parts because of the build up for the first 5 minutes. It’s all instrumental, up until TBPOTS – lots of Synth Bass, reverby weirdness, and a touch of Radiohead. At the 5:45 mark, you get a little interplay between the synth and the guitar, it’s like their dancing. Your turn, my turn. The synth bubbles, while the strings do a 2-step on top of it. And Lead Singer Thomas Mars, this guy is awesome.

He’s practically hip hop the way he drops in and out of the beat, I love it. And finally, I want to compare this record to Kanye’s Late Registration. That album brought together hip hop and pop perfectly, and I think Wolfgang Amadeus Phoenix achieves a similar feat bringing together house and rock. These guys are a straight up rock band but these beats are pretty banging. Enjoy, and pick up the album when it comes out!